An Awards Store & So Much More 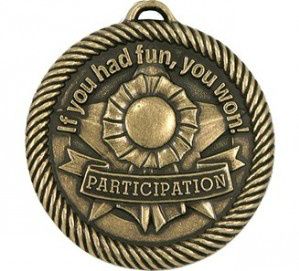 Are Participation Trophies really creating a society of "underachievers", "pansies", "average individuals", "happy losers" or "softies"?  It's 2022, truly the modern-age of technology, immediate gratification, "helicopter parenting" to the max and rarely "wanting" for much of anything, yet it is the "trophy" that gets the blame for societies' sense of entitlement and lack of self-accountability...particularly the "Participant" trophy.  Simply defined, the "Participant" trophy is handed out to those that, well, participated.  Perhaps they did not win.  Perhaps they were not the best.  Perhaps they should consider NEVER participating in the chosen event ever again.  Still, for the most part, the child, youth, teen, and adult DID participate.  More than likely they made sacrifices, worked hard and diligently, made a commitment and followed through.  So, when all was said and done, when the event was over, when the season came to an end...they received a momento (something that is kept as a reminder).  The momento may be a t-shirt, a patch, a ribbon, a certificate, a medal, or heaven-forbid a trophy!!  The individual KNOWS they did not win.  They KNOW they are not a champion.  If they don't they are quite deluded...they probably already were.

Are these "Participants" considered "average" or "happy losers"? 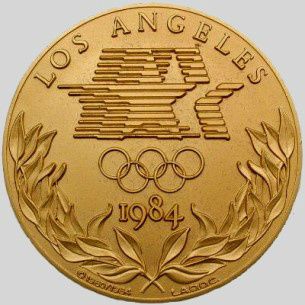 In 2015 an NFL Player named James Harrison excercised his right as a father...

"I came home to find out that my boys received two trophies for nothing, participation trophies!" Harrison wrote. "While I am very proud of my boys for everything they do and will encourage them till the day I die, these trophies will be given back until they EARN a real trophy."

He added: "I'm not about to raise two boys to be men by making them believe that they are entitled to something just because they tried their best...cause sometimes your best is not enough, and that should drive you to want to do better."

Some say he was right, some say he was wrong.  Either way, he's the dad, they're his sons, if there is/was anger or resentment by his children, that will be his to deal with someday.

BUT...If I could have spoken to the man, I would have presented my "momento argument".  AND, I would have pointed out that even the GREATEST of ATHLETES of ALL TIME receive Participation Awards...

"There are a lot of variables in play as to who gets rings, but generally you can expect every player (even those that DO NOT PLAY IN THE ACTUAL SUPERBOWL GAME) on the 53-man roster, the entire coaching staff and the front office to earn rings. The NFL pays for the cost of 150 rings for the winning team, with a max cost of around $7,000 per unit, depending on the cost of gold and diamonds at the time. That usually covers the bulk of people the team wants to gives the rings to, but it can go above that number if the team buys the extra rings.

Other players who can receive rings include practice squad players, players on injured reserve and players who were on the roster at some point during the season. Teams will often consider everybody who contributed at any point in the season worthy of a ring."

Yes, EVERY athlete receives a special medal for PARTICIPATING...not winning, but just for being there.  EVERY official and volunteer receives a medal of some sort as well, a momento of the auspicious occasion.  1984 Olympic PARTICIPATION medal presented to the athletes is pictured to the right.  1984 was chosen, because #1 it was held in Los Angeles, California and #2 I was fortunate to actually attend🙂

"Participants will compete in the following male and female age divisions:

"Participants who complete the course will receive a specially designed finisher's medal."

Participants who "finish", not "win".

The point being...Participation Trophies DO NOT create average individuals, softies, happy losers, pansies or whatever negative word or phrase one chooses to justify this thought process.  And to say that they do, also must mean that Championship Trophies create amazing individuals, strong, steadfast members of society, confident winners and the best of the best...research a few "winners" and this theory can quickly be proven wrong. 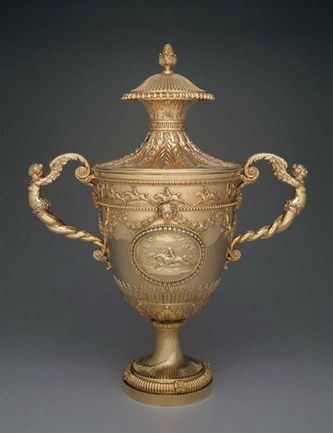 A trophy is a tangible, durable reminder of a specific achievement, and serves as recognition or evidence of merit. (AKA a momento) Trophies are often awarded for sporting events, from youth sports to professional level athletics. In many sports medals (or, in North America, rings) are often given out either as the trophy or along with more traditional trophies.

Originally the word trophy, derived from the Greek tropaion, referred to arms, standards, other property, or human captives and body parts (e.g., headhunting) captured in battle. These war trophies commemorated the military victories of a state, army or individual combatant. In modern warfare trophy taking is discouraged,[1] but this sense of the word is reflected in hunting trophies and human trophy collecting by serial killers.

Trophies have marked victories since ancient times. The word trophy coined in English in 1550, was derived from the French trophée in 1513, "a prize of war", from Old French trophee, from Latin trophaeum, monument to victory, variant oftropaeum, which in turn is the latinisation of the Greek τρόπαιον (tropaion),[2] the neuter of τροπαῖος (tropaios), "of defeat" or "for defeat", but generally "of a turning" or "of a change",[3] from τροπή (tropē), "a turn, a change"[4] and that from the verb τρέπω (trepo), "to turn, to alter".[5][6]

In ancient Greece, trophies were made on the battlefields of victorious battles, from captured arms and standards, and were hung upon a tree or a large stake made to resemble a warrior. Often, these ancient trophies were inscribed with a story of the battle and were dedicated to various gods. Trophies made about naval victories sometimes consisted of entire ships (or what remained of them) laid out on the beach. To destroy a trophy was considered a sacrilege.[7]

The ancient Romans kept their trophies closer to home. The Romans built magnificent trophies in Rome, including columns and arches atop a foundation. Most of the stone trophies that once adorned huge stone memorials in Rome have been long since stolen.[8]

In ancient Greece, the winners of the Olympic games initially received no trophies except laurel wreaths. Later the winner also received an amphora with sacred olive oil. In local games, the winners received different trophies, such as a tripod vase, a bronze shield or a silver cup.

In ancient Rome, money usually was given to winners instead of trophies.

Chalices were given to winners of sporting events at least as early as the very late 1600s in the New World. For example, the Kyp Cup (made by silversmith Jesse Kyp), a small, two-handled, sterling cup in the Henry Ford Museum, was given to the winner of a horse race between two towns in New England in about 1699. Chalices, particularly, are associated with sporting events, and were traditionally made in silver. Winners of horse races, and later boating and early automobile races, were the typical recipients of these trophies. The Davis Cup, Stanley Cup, America's Cup and numerous World Cups are all now famous cup-shaped trophies given to sports winners.[8]

Today, the most common trophies are much less expensive, and thus much more pervasive, thanks to mass-produced plastic/resin trophies.

The oldest sports trophies in the world are the Carlisle Bells, a horse racing trophy dating back to 1559 and 1599 and were first awarded by Elizabeth I. The race has been run for over 400 years in Carlisle, Cumbria, United Kingdom. The bells are on show at the local museum, Tullie House, which houses a variety of historic artifacts from the area from roman legions to present day.[9]

Contemporary trophies often depict an aspect of the event commemorated, for example in basketball tournaments, the trophy takes the shape of a basketball player, or a basketball. Trophies have been in the past objects of use such as two-handled cups, bowls, or mugs (all usually engraved); or representations such as statues of people, animals, and architecture while displaying words, numbers or images. While trophies traditionally have been made with metal figures, wood columns, and wood bases, in recent years they have been made with plastic figures and marble bases. This is to retain the weight traditionally associated with a quality award and make them more affordable to use as recognition items. Trophies increasingly have used resin depictions.

The Academy Awards Oscar is a trophy with a stylized human; the Hugo Award for science fiction is a space ship; and the Wimbledon awards for its singles champions are a large loving cup for men and a large silver plate for women.

A loving-cup trophy is a common variety of trophy; it is a cup shape, usually on a pedestal, with two or more handles, and is often made from silver or silver plate.[10]

Hunting trophies are reminders of successes from hunting animals, such as an animal's head mounted to be hung on a wall.

Resin trophies come in a variety of sports or generic forms. These resin awards are often used for participation awards and can be custom made to include an event logo. These can be custom molded to create a unique trophy for businesses, youth sports organizations, and non profits alike.

Perpetual trophies are held by the winner until the next event, when the winner must compete again in order to keep the trophy. In some competitions winners in a certain number of consecutive or non-consecutive events receive the trophy or its copy in permanent ownership.